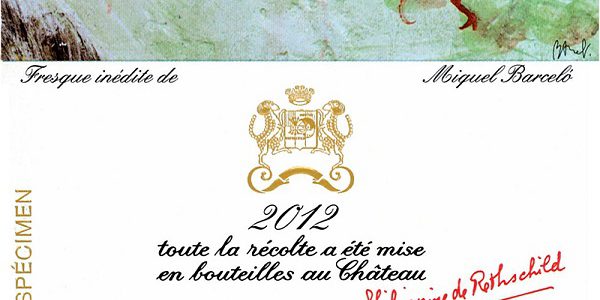 This months recommendation is an outstanding parcel of wine in Bordeaux that I want to recommend to you. Since the en primeur campaign, Mouton Rothschild was the first of the premier cru chateau to release its price into the market. They released the 2014 vintage as the lowest vintage of Mouton available. This created a positive reaction in the campaign and there was a good take up of their allocation for the 2014 vintage.  Some Chateau have released to high and this put a dampened spirit on the campaign. Let us hope that the Chateaux can communicate better in the future to get their prices right for the market.

We picked this up towards the end of the En Premeur Campaign when the prices were much lower and they have already started increasing. Hence I present to you a wonderful opportunity to own a young vintage of Mouton Rothschild.

Our maximum order per client is 3 cases of this vintage but it’s one of the lowest prices in the world right now.

Parker recently re-scored all the Mouton wines from 2012 down to 2003, while he was at the Chateau over the New Year and the 2005 went up by about 12% since January. This means that the 2012 vintage which I am recommending to you has the potential to increase in value to catch up the 2005 and older vintages.

The label was created by an artist from Catalan selected by the Baronnes de Rothschild, sadly she passed away last year in August making this the last artist that she commissioned to paint a label for a Mouton Rothschild wine.

Here are some facts about this wine which we are recommending to you:

If you compare this 2012 vintage with other similar wines you will be amazed at how cheap it looks right now. The Lafite 2012 has only got 91 points and its trading for 3200 pounds/case.

Kindly let us know as soon as possible how many cases you would like to add to your wine investment portfolio. Do hurry since stocks are limited and offered on a first come, first served basis.