You are here:
Investment ReportsMarket News 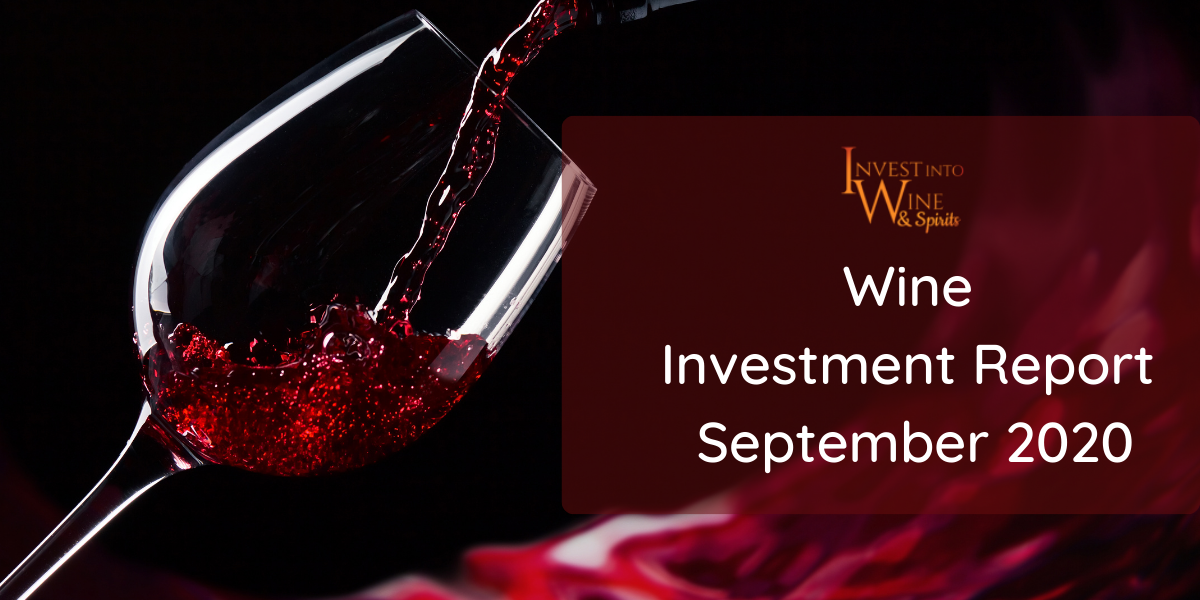 The Invest Into Wine Index results were positive this month with a 0.32% gain overall.

Half of the wines valued showed no movement, both winners and losers were evenly matched. As a result, activity was also slower than normal.

With only $5000 you can start or add to your existing wine portfolio. Check out our investment packages HERE.

What is really going on with the wine market?

Like almost every other industry across the world, the wine and spirits market was affected since the pandemic began.

First we had a 300% increase in online buying of alcohol during lockdown.

Then F&B businesses fell into financial difficulty (Which still continues as they slowly open back up and people gently ease back into dining out).

We have seen unprecedented increases in the stock market which means investors have been driving gains in stocks like Tesla and Amazon rather than alternative investments such as fine and rare wine.

F&B businesses are still struggling which will continue until people are comfortable socialising.

The Fed continues to print money and adopt a ‘no company can fail’ policy.  Resulting in an inflation in assets (As opposed to their goal of inflation in the economy).

History has proven that during every downturn the wealthier population become wealthier as the extra money pumped into an economy eventually ends up in the hands of the elite.

And it is the elite who drink and consume the wines that we invest in.

The thirst for fine and rare wines and spirits will always remain popular.

As investors, we try to look into the future….

There will be a vaccine at some point.

F&B businesses will re open again (When?).  Which means consumption of fine and rare wine will increase.

Wine Investing presents a great opportunity right now for an investor because:

There is a flood of cash in assets which will be spent on luxury items like fine and rare wine and spirits.

Its time to be ahead of the curve and buy some rare wine for your portfolio.

Invest in a Case of Wine Today!

If you are selling wine, buyers are in the market and ready for a deal.  Be prepared to lower your price, if you are a seller right now.

If you are a buyer, Opportunity is knocking. Buy low and sell high, the “latest offers” weekly email will give you tips on which cases of wine are below market value that you can invest in today.

Look out for that email which is sent every Monday and Thursday and WineTrade@InvestIntoWine.com

The major indices table below, compares the Invest Into Wine Index with the London Vintners Exchange Index and some of the worlds stock markets.

Back In July we made an adjustment to the current bid prices by 2%. This is to offer the wines for sale at a more competitive price.  With the world’s economy struggling due to the global pandemic, buyers are looking to buy below market price.
This reduction of 2% will mean when you place your wine for sale it will immediately pick up the bid price at an adjustment of 2% below market. We have made this adjustment in an effort to ensure your wine is sold in a timely manner.
This does not guarantee a buyer for your wine, but increases the chances. If there is no buyer on your wines for sale within 5 days then it may be necessary to lower the price by 2-5%. Contact your wine investment analyst for further advice on selling wines.
The figures for August

This month’s valuations showed the Bordeaux market has increased by 0.225% for the month. Champagne and Rhone Valley wines also showed an increase of 1.334%.

– 27% of the wines valued showed a positive return, while 23% showed a negative return and 50% remained the same.

– The overall change for ALL the wines valued this month was +0.322%

Scroll down for the winners and losers for August versus September.
Checkout the world's first Wine Investors Masterclass

Nasdaq Rockets to Unprecedented Levels, March Dip is Far From the 2008 Correction
The Nasdaq has had some huge growth this year, in the chart below, we looked at the Nasdaq this year to date and compared the movement of the nasdaq during the 2008 and 2009 crash.

Comparing this to the Nasdaq year to date in 2020 which fell 20% in March and has increased 27% for the year.

There’s a possibility of a second drop as the first correction in March was not sufficient to reset the markets.
However the second drop is likely to be a longer and more solid recovery than the first.
Knowing when the second drop will come is the tricky part, that could be anywhere between now and the next 2 years.