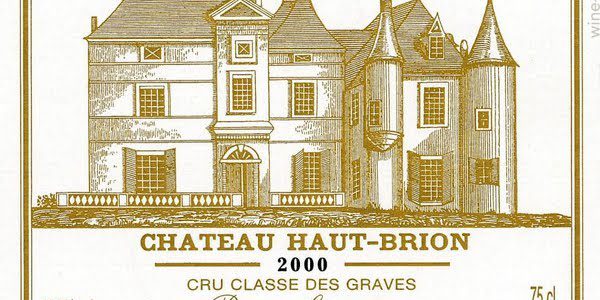 Ok I have some very good news! I’ve managed to secure a handful of cases of a wine that I’ve been on the lookout for quite a few months now.
I bargained a really good price with a merchant who has a chain of restaurants in London. They are basically short of liquidity as the business in London is not doing very well, so they are selling off some of their portfolio over the next few months to give them some more liquidity while times are bad.

This is a very special parcel, it’s a Haut Brion, which I’m sure you know all about. But the vintage is very special. It’s a vintage 2000, so it’s a millennium year wine.

I don’t want to bore you with history but Haut Brion is one of the oldest wines in the 1855 Classification.  Its the only first-growth to be American owned.

This wine has been in bond since it was bottled directly from the Chateau.  I checked the stock with my guys in the UK and they confirmed the labels are in perfect condition and its stored in the Original Wooden cases. Market price on this wine is between 5200 and 5400 Pounds a case, so it’s a steal at the price I secured it for you.

One merchant is offering this stock at 5650 a case and in the past I’ve bought from them and usually their prices are competitive.

I’ve secured it for you 10% cheaper than them so your price is 5100 Pounds per case.

Back in September 2003 the critics said it was a fantastic wine and it was rated a brilliant score of 24 out of 25.

I only got a really small placement of 30 cases so it wont last very long today.

Wine collectors are buying this wine now as they plan to drink it in the future, it’s very much ready for drinking so this is when consumption increases. And you know what that means for the price don’t you?

Parker said initially its maturity is between 2012 and 2040, then in his last tasting he extended it to 2050… so it’s a long term maturing wine.
Robert Parker originally gave it a 96 point rating, then he raised it to 98 points and then again raised it to 99 points. Every time he tastes it, he gives it a higher score. Maybe next time it will be a 100 point wine.
He also said this 2000 vintage is possibly better than 1998, 1995, 1990 and even comes close to the 1989.
Ill give you the comparisons of vintages Parker compares it to:
The 1989 is selling at 14,000 Pounds a case which was released for 300 Pounds back in 1990. That’s the potential of this type of wine.
Having a Haut Brion 2000 in your portfolio should give you some good returns over the next 12 months, I would say you are getting this wine below the market value.
To give you an example, a Haut Brion 2005 Vintage is more than 400 pounds a case than this 2000 vintage and it’s rated with 100 points only 1 point less, but it’s not the millennium year.
In summary, the returns we could be looking for this are based on holding it for 3 years with an average of 20-25% per annum. This first year we could see better returns as the markets going up as people are looking for alternative places to keep their money while the banks and the stock markets are declining.

I would advise you to hold on to this Haut Brion for as  long as possible because to try and find this wine last year before the economy collapsed was virtually impossible. People don’t want to sell exclusive years like a millennium year 2000, they just keep them until they retire and sell them off for a ridiculous price.

Please let me know how many cases you would like to add to your portfolio.